Last night the President of the United States spent 9 minutes reenacting a fight he had with a ramp, and demonstrated drinking a glass of water.  The crowd of hillbillies, psychopaths, and head cases went wild, demanding FOUR MORE YEARS FOUR MORE YEARS.

I don't know how Biden's gonna beat this guy.  It's Dildock family lore that a long-dead ancestor was able to do what Trump did in that video; drink a glass of water.  But to be honest, we don't have any video evidence of this feat, and I can't prove it ever happened.

If there was once a Dildock who could pull that off, could it have made him President?  That's a question that's gonna haunt me for some time, as I'm sure it won't haunt dildocks and morons across the land.

The President of the United States drank a glass of water and his cult went nuts, screaming and stompin the likes to raise the dead.  Well, some of them were dead.  Some certainly soon will be as, even though Brad Parscale got Trumped by K-POP and Gen Z who ordered a million tickets as a prank, one guest definitely did show up last night.

Covid was in the building.  And folks, it was the all you can eat moron buffet for the Covid, and you can bet it dug in.

Folks, let's take a look at how Trump drinking a glass of water got the MAGA's all excited, proving once and for all that in the land of the blind, the one-eyed man is KING:

Today he drank with one and tossed the glass to the side! 🤣

That there is the lady who ran against Miss Nancy Pelosi.  Can you believe the voters went with Nancy when they coulda had that?

Teenage TikTok users and K-pop fans claimed to have registered potentially hundreds of thousands of tickets for President Trump's campaign rally as a prank to ruin the event. https://t.co/vrbtgSa27T

Has anyone seen Brad Parscale yet?  I fear Trump may have moved on him like a bitch mid-air on the return trip, and Parscale's body is somewhere on the ground between Tulsa and Washington D.C.  Don't press yourself looking, I don't give a shit actually.

After WOWING the crowd with his water-drinking, Trump then spent 9 minutes reenacting a losing fight he had last week with a ramp.  Here are some outtakes from that:

Trump is reenacting walking down the West Point ramp. pic.twitter.com/46TgmwgkRD

In that top picture he totally looks like he bent over to fart in the front row's face.  Which they would have loved I'm sure.  FOUR MORE YEARS!

Of course our boy had to go full-racist at the Hillbilly Hoedown, calling the Coronavirus the "Kung-Flu".

Earlier this year, a CBS reporter claimed that someone at the White House referrd to Covid as Kung-flu to her face (and she's Asian):

This morning a White House official referred to #Coronavirus as the “Kung-Flu” to my face. Makes me wonder what they’re calling it behind my back.

And Kellyanne Conway came flying out screaming in her face, "never happened!  prove it!  tell me who it was?!!"

So last night Kellyanne got her answer.  It was your boss Kellyanne.  The President of the United States throwing around racial slurs.  But then you knew that when you lied and pretended no one in the WH would say that, Kellyanne.  You knew that.  You've heard him say it many times in private.

Anyway, so after farting in the crowd's face, drinking some water, and screaming out racial slurs, our President also did this.  Now, take a good look, you're gonna be seeing this clip a million times between now and Nov 3rd, and they're gonna do a special presentation of it when we hit 200 thousand American dead.

The White House claims that Trump was joking, but he clearly wasn't as he admits that he told the administration to slow down virus testing. #TrumpMeltdown #TrumpTulsaRally #TrumpRally2020 pic.twitter.com/jqRYae8jGd

SO I SAID TO MY PEOPLE SLOW THE TESTING DOWN.

Well, so how did the FOX intelligentsia react?

That's Jeanine Pirro, drunk again, and having a fight with an invisible fly.

Here's Trump after the rally, dreaming about murdering Brad Parscale: 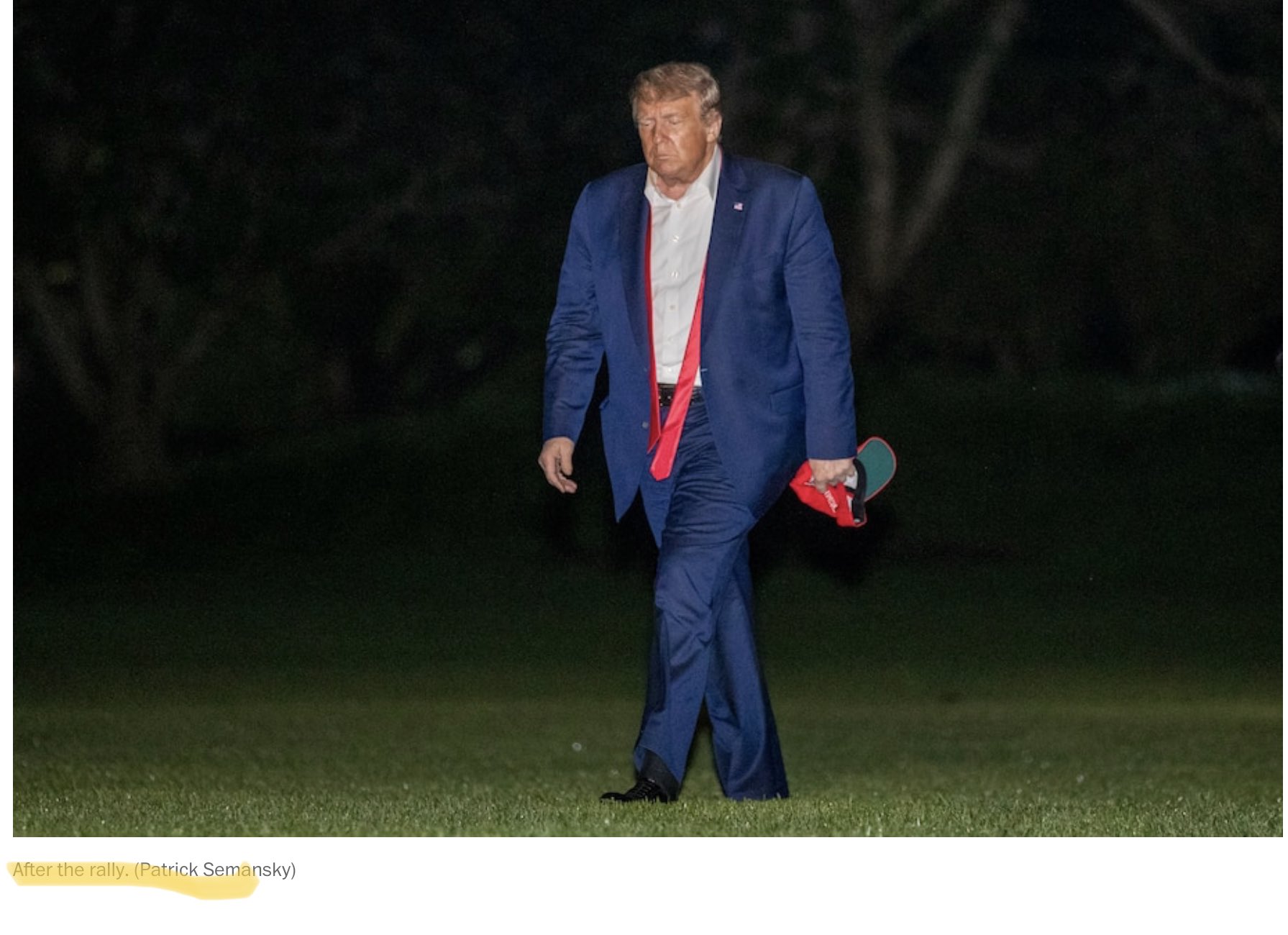 And here's my boy Brad this morning, desperately peddling conspiracy theories and retweeting every nutter on Twitter, on account of Trump wanting his head on a pike.

Sure no blocked gates @cnn. @cnn if you think families with children will push through this your sick.

America, this is the country @CNN is ok with, think about that.

This is the main gate of the rally: pic.twitter.com/wSKwotoajq

Seriously, give yourself a gift and go read Parscale's Twitter feed.  You deserve it.