So listen, I'm gonna break some hearts today.  As little girls we are taught about gallant, brave, Prince Charmings.  We may read romance novels, and while the hero may first be "obnoxious" he's always, always, brave.   Later, we may fall in love with Superheroes, larger-than-life, stronger-than-human, and always, always brave.

Girl, white men are terrified.  They're fucking piss-in-their-pants terrified. White men are so easily scared we should be making comedies about it, and writing hilarious novels centered around their pants-shitting fear.

My 73 year old mom lives in a quiet, suburban condominium complex.  She works part time in their office.  It's something that she feels keeps her connected and gets her out of the house.

For Halloween, the board decided to decorate throughout the complex, and one of the cute things they did was cornstalks attached to streetlight posts.  Well, my mom thought it was cute anyway.   Then one morning one of the residents called the office to complain that, now listen to this; terrorists could be hiding behind the cornstalks.

See, you probably think this is a joke.  It isn't.  A MAN, a full grown MAN, phoned my mom to complain that the cornstalks made too good of a hiding place for terrorists.

Reader, there ARE no terrorists in this suburban Long Island condo complex.  But there are lots of frightened white men.

In that very same complex, another white man personally told me that he had his head "on a pivot" when he left for work early in the morning.  Because you never know when a terrorist was hiding in the fucking parking lot hoping to catch an American unawares so they could kidnap him and cut his head off on television.

I was dumbstruck because I had no idea that my mother's condo parking lot was such a hotbed of terrorist activity and that I was taking my life in my hands every time I visited her.  My 73 year old mother walks back and forth to the condo office all week, unafraid.  What is going on with white men?

I had no idea where all this shit was coming from at the time, I just really wondered who was boning these guys.  I mean, shit, I don't expect Captain America, but if you can't see a cornstalk without shitting your pants, well, let's not and also, let's make sure we say we didn't.

It's come to my attention that both these guys watch FOX news, and specifically, white supremacists' favorite mascot, Tucker Carlson. 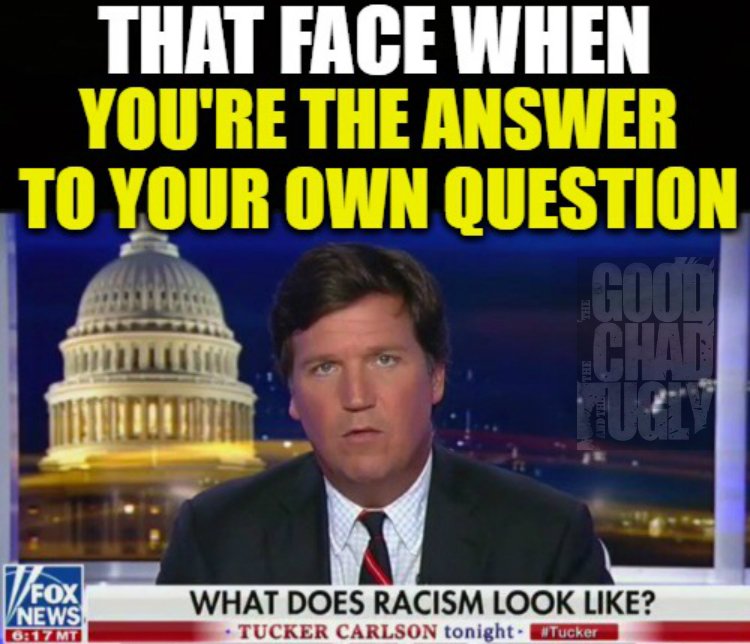 Yes, just look in the mirror Tucks!  I do love that Tucker Carlson's nickname is the same as medicated hemorrhoid pads.   I mean, his parents really had a sense of humor didn't they? 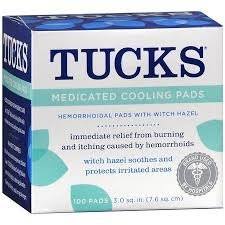 Anyway, here is Tucks scaring the shit out of his white male base:

Tucker Carlson: "This may be a lot of things, this moment we are living through, but it is definitely not about black lives and remember that when they come for you, and at this rate, they will." pic.twitter.com/HMP3q8WgbQ

Oh they coming for you Chad!  Look out behind those cornstalks, Chad!  It's ANTIFA!   Brad! Don't go outside!  Black Lives Matter is gonna behead you on TV!

Oh, the enemy changes, but the fear remains the same.  Tucks sells fear, racism, and white supremacy and people, white dudes are buying and hoarding that shit like it's toilet paper.

What do we do about this?  I dunno!  I just diagnose these morons.  I don't know what to do about them.  Other than not fucking them, which I excel at, I don't have the answers.