Today I braved the grocery store.  It was horrid, of course.  I asked my best friend, currently stuck in NJ, if her parents needed anything.  They are unable to go shopping, and you can no longer get a delivery slot on Long Island.   I mean, I guess someone is getting them, but no one I know.  Certainly not me.  She told me they needed Clorox wipes and paper towels.  I scoffed.

Weeks before the Coronavirus swept up NY, I took my mom to Costco.  I did have it in mind that this virus thing may keep us inside for a few weeks, and I wanted to stock up on some necessities.   When we came across those big packs of Clorox Wipes, I grabbed two, and she said:

"Oh, just get one pack, I only need one container, what am I going to do with all those?"

I actually listened to her and put one back.  Oh, that scene has played out in my mind a million times since.  We are unlikely to see a Clorox wipe again this year.

Once inside the grocery store, I saw they had painted one way arrows down each aisle.  You had to go up one aisle, and down the next.  Simple enough, but 8 out of 10 shoppers couldn't grasp it.  I told off a couple of them careening towards me (not wearing masks of course), but I wanted to throw down.  These people need a frigging ass kicking.  Where I live, Suffolk County, Long Island, NY, white people are overwhelmingly Trumpers.  Is it any wonder they are too fucking stupid to correctly follow giant, neon green arrows?   If I wasn't certain that the ones who didn't have Covid-19 had syphilis, I would have thrown down.

We are talking about people who set eyes on someone who actually paints themselves orange, while carefully whiting out circles around their eyes,  dyes their hair the color of urine, then teases and sprays it up into a big fancy duck's ass, and didn't immediately realize he was batshit crazy.

Anyway, I really went to the store hoping for some fresh produce.  No lettuce, no asparagus, no spinach...I did get 2 sad looking tomatoes.  Wow!  Pay dirt!  This is what we've been reduced to in Trump's shithole.  Wearing plastic, fully gloved and masked, fighting illiterate morons in grocery stores, all to get 2 tomatoes.

Now I'm sitting around waiting for Nicole Wallace to start.  I'm lonely, but I feel like I could be worse off.  I could still be living with my Bernie-bro ex.  That would have been a murder-suicide waiting to happen.  Actually, just a murder.  I don't see myself committing suicide afterwards.

Of course, I could be better off.  Let's think how.  Hmmm. 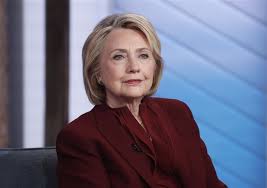 Misogyny kills.  You never thought it might kill you, did you bro?