So, today, Andrew Cuomo closed the NY schools for the remainder of the year.  I'm fairly certain he means school year, not calendar year.

Anyway, this precipitated a big freakout on the part of one of my Trumpster brothers.  I have two of them.  This one has young children in the NY school system, and he's really upset about it.  Which I can understand.  I'm not really sure we are doing the right thing.

Take a look at this WAPO article about the increase of "severe" child abuse.

Horrifying.  There's a lot of knee jerk tweets about spoiled brats, and whiny parents who can't deal with their 'bored" children.  That's really positioning the most well-off and best-circumstanced against the dead and dying.  But that's not the real story.  The real story is so much more complex.   There are children with very reduced access to food.  There are children stuck in homes with abusive parents or stepparents, who themselves are under lockdown, and becoming more and more angry.

There are children stuck in homes with sexual abusers.

So I think this is a very complicated issue and I'm not on the "CLOSE THE SCHOOLS FOR AS LONG AS IT TAKES!" bandwagon.

All of that a given, the raving texts I get from my brothers really take the cake.  Today, it was the aforementioned brother and all about Andrew Cuomo, Tyrant.  And...Bachelor contestant?

Apparently, there's articles where Cuomo states he's single and eligible, and we all know about the whole Cuomosexual thing.

I support Cuomo politically, to a degree.  He does things I dislike, but I did vote for him.  I don't want to bone him though!  You would swear I AM boning him if you could see these accusatory texts.

Reader, I don't even fantasize about boning Andrew Cuomo!  If I'm going to fantasize about sexing a man, and I do, it's not going to be Andrew Cuomo.  Have people taken leave of their senses?  I am sure some ladies (that's what my brother calls us, as in a very mocking "Butttt he's ELIGIBLE LADIES!") do want to sex Cuomo, but I can't be held responsible for every sexual fantasy someone else has!

When I fantasize about men, this is what they look like:

Yeah, Aquaman, not Cuomo, bitch.  Or, or, they may look like this:

Okay?  So that's number one.   Second thing is, apparently I am supposed to be "out there" protesting so that my nieces and nephews can go to school.  Nah, I'm gonna sit this one out.   I have been out in the streets, and I was once pushed into oncoming traffic by a nascent tea partier, during the Summer of the Townhalls.  I also had one of them demand to know what color underwear I was wearing.

Although, they said "panties".   Of course.  I REFUSE to start calling my own underwear panties, and wish women would take a stronger stand on that.  I will not use that word even with my own intimate relationships, or LOVERS, not to put too fine a point on it.   I am not going to simper around my own home, oh honey have you seen my panties?  Shut the fuck up.

Anyway, I'm done with all that protesting stuff,  though I made an exception and protested when Trump started putting babies in cages, something that didn't seem to bother my brothers any.

I may make exceptions in the future, but during the once-in-100-year pandemic?  Yeah, I'm sitting my ass at home.  NOT jerking off to Andrew Cuomo either.

Speaking of which, take a look at this face: 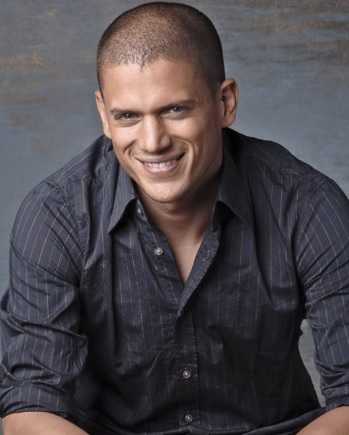 But right wing men are now accusing us of all lusting for Andrew Cuomo!  Do you believe this shit?  Yeah yeah,  I know.  "ohh, looks don't matter to women as much."  "ohh, women are much less visual than men are."