You know, in a lot of ways, it was Mommy issues that gave us Trump.  If the Incel left wasn't so hung up on their mothers taking one look at them and refusing to breast feed, I believe Hillary Clinton would be President today.   And because of the mass Mommy issues revealed by the 2016 election, Daddy issues and how those connect to Trump, have been badly overlooked.  So let's get to them.

Now first of all, look, we all have Daddy issues.  You're not special.  We all have fucked up childhoods. If you're smart, you fuck those out of you by time you're 30.  That's what I did.   Does it bother me that when I was at my youngest and most beautiful, a bunch (well, wait a minute, let's say a handful, yeah, a handful) of piggish older men got to enjoy that?  Yeah, of course, that's why I kept my eyes closed during most of my 20's.  I hate to see those fuckers having a good time.

But they were only tools, and like all good tools, they served their purpose.  By my late 20's I was fucking hot guys my own age.   The party was over for area pervs.

Now, with the release of Mary Trump's book, we are told that Trump himself has daddy issues.  Well, I coulda told you that.  I did tell you that. 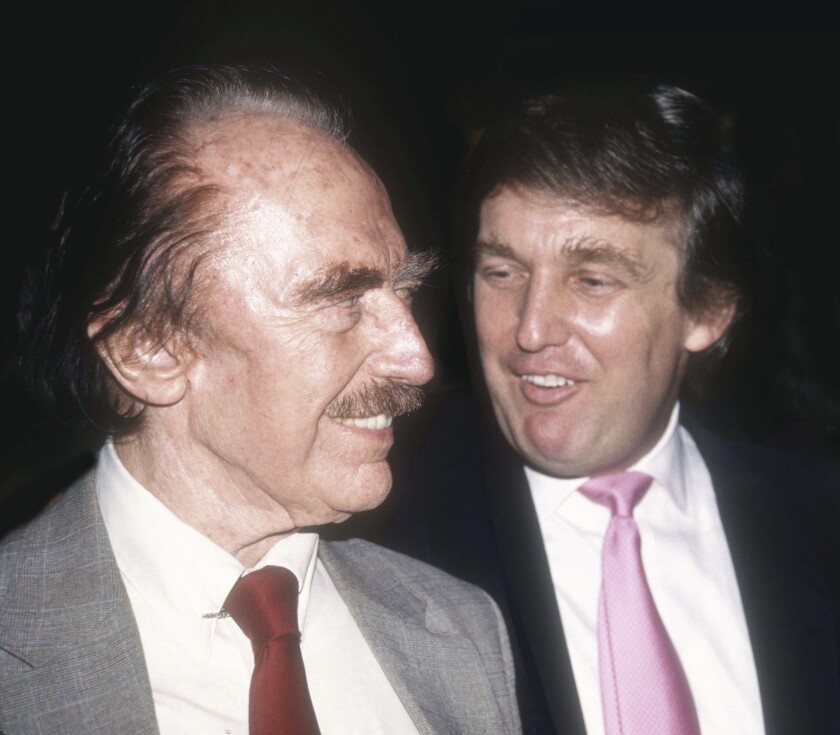 Mary says that because of his psycho father,  Trump likes picking on people he deems weaker, while at the same time, slavishly currying favor with those Big Daddies he deems stronger.  You know, like Vladmir.

Well, isn't that the double-authoritarian personality?  Getting off on punching down and playing the Big Daddy,  while kneeling and writhing to those they view as Bigger Daddies?

Anyway, none of this comes as a surprise to me.  But I have a family filled with daddy issues and, no coincidence, Trump lovers.  I have long observed them in their natural habitats, the way Dian Fossey might observe gorillas.  Except the gorillas are smarter and their habitats more interesting than the habitats of suburban Trump voters; malls and sports bars.

I really don't know what to do about it.  I have advised them to fuck it out of themselves with older men, but some of them find that offensive, especially the males.  OMG with some of them you would have thought I said "EAT A BABY".

We're probably stuck with these double-authoritarian, daddy issue, head cases.  After all, they got together and squirted the biggest one of all into the White House.  He's their Daddy now.   What some may not realize is that for a lot of white people. Trump reminds them of their Daddy.  It could be a shrug, a fleeting expression, (hopefully not the hair), a rant, the domination, whatever.  He evokes Daddy.

And their Daddies are figures of great intimidation and longing, while also being objects of deep pity.  This triggers a really fucked up but powerful psychological reaction.   I sometimes suspect Trump is dimly aware of this, and that's part of why he is always "THEY'RE OUT TO GET ME IT'S UNFAIR", thus triggering their protective urges from childhood when they used to tell the cops knocking on the door, "nooo daddy didn't beat mommy."

By then, Daddy was sitting on the staircase sobbing.  An object of pity to the child's eyes.

In a nation of head cases hung up on their failed Daddies and the Mommies who couldn't make it better, this is a recipe for disaster.  The exact disaster we are currently living through.  Well, some of us are living through.  Those of us who haven't choked to death on our own lung fluids.