Yesterday a security guard in a Family Dollar store was shot and killed for telling someone they have to wear a face mask.

While I was still absorbing the American Decay, my phone starts blowing up with texts from one of my brothers.  Reminding me once again why I resent my mother for not giving me a sister.  What girl needs two brothers and no sisters?   Of course, this woman could be someone's sister: 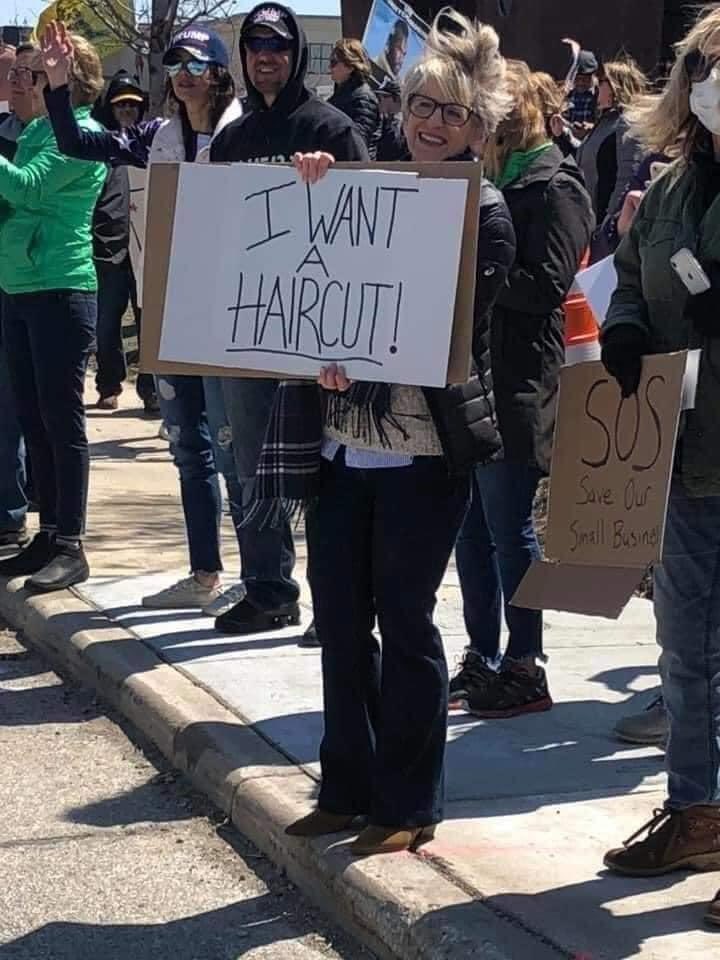 Alright, point noted!  Still, I like my odds better with a sister.  But I got two meatheads instead.

Anyway, meathead 1 was in a local grocery store yesterday, maskless.

"I was confronted by some crazed lunatic today in Stop & Shop, yelling at me to put a mask on.  I said your (sic) a sheep get away from me right now.  He left me alone and ran to the manager but I was checking out by time they got back. I know you probably agree with the guy but they will have to kill me lock me up beat me whatever I'm not bowing down to communism."

Do you believe this shit?  I tried pointing out that communism has more to do with who owns the means of production and less with wearing a mask during a public health crisis, but meathead wasn't having any of that!

"It's communism! Pure and simple!"

Well, when you say it like that...you're still wrong.

But the kicker was when he texted:

"Let's not get political please.  If Trump wasn't your president you wouldn't have a country."

Firstly, I wasn't "getting political".  I was pointing out that communism has nothing to do with face masks.   Which I would not have been doing if he hadn't texted me "IT"S COMMUNISM!"

This is what both my brothers do.  They praise Trump and order me to be thankful to him, and then state "let's not get political."

I swear to God I'd be better off texting a walrus.

But what I realized yesterday is that both my brothers are so convinced that our Democratic governors are "dictators" they really believe it's only a matter of time before I excitedly phone them "I see it now!  Cuomo's a dictator!  I'm voting TRUMP!"

They really believe this is going to happen.

This conversation ended how it often does these days.  With this text to me:

This is the definition of gaslighting.  Luckily, I had another bottle of bourbon ready to open.

It took me weeks to go out to the grocery stores. I shop for my  mom now.  I wear a mask, always.  Gloves too.  I go once a week.  I've adjusted to that.

But now there's this.  Growing civil unrest.  It's going to get real easy real fast to be in the wrong grocery store at the wrong time.