Okay, so check out the interview and will catch you on the other side

So this was an interesting interview to me.  I'm a 90's girl, I'm gonna tell you that right now.  Everything about me was formed by 90's culture, including politically.  I was more into Tim Russert than Ethan Hawke, but a lot of that has to do with my not being into the prototypical 90's "hot guy".   I like my dudes showered, and hold the greasy hair, you know?

Chris Evans with his clean hair and his muscles has always been my type, and the culture finally caught up with me.    Robert Pattison is trying to bring this shit back btw, but that will be over my dead body.  I'm gonna get to him in another post.

But I do remember seeing a lot of Ben Affleck on political cable news back in the day.  (very clean, never my type, don't know why) The thing about Affleck is; he's smart.  I see all the jokes about him being busted up and all that, but people don't know that he's smart.  Like, really, really smart.   And that's because he's done a lot of stupid things since the 90's.

But I believe that at one time, Ben Affleck WAS thinking about eventually getting into politics.

Maher mentions him here, as if that's a future possibility, but it's not.  It was a past possibility.  It won't happen now.  Affleck, like a lot of smart people, leaked some potential through his addictions.

Maher also mentions George Clooney.  I don't see it.  When Clooney married, after decades of insisting he would never, a lot of people thought "oh it's because he's going into politics."

I don't think so.

My money says that's strike two for Maher, who btw, is not that smart.

Chris Evans?  Yeah, I've been wondering for a while whether Evans has his eye on a future in politics.   I really don't know the real answer, and I think he kinda skates around a real answer to Maher's question here.

But if I had to pick one celebrity who was going to end up in politics, I would have put my money on Evans of late.   He's always been highly political on his Twitter and in interviews, and now with the launch of his political website, A Starting Point, the writing is kinda on the wall.

We have had celebrities in politics, of course Maher mentions two of the most famous; Ronald Reagan and the WWE reality show asshole, Donald Trump.

But we also had Sonny Bono and a big one much more current; Arnold.

It does annoy me when I think about who has gone into politics, who looks like they were thinking about it, and who is possibly positioning themselves to do so in the future.  Cause they're all white dudes.

So I'm trying to think of a celebrity who isn't a white guy who might conceivably go into politics.

If I go by Instagram posts, I think I want to make Winston Duke President right now?  Or, Viola Davis.

For those of you whining already about "celebrities in politics", I have three words for you:  George W Bush.

Anyway, this is something I'm going to start paying more attention to going forward.   Not that I have anything against white guys, and certainly not against Chris Evans.

You know I'm gonna run out and vote for Captain America any chance I get.  Yeah, he's really hot, and thanks to a little slip up he made on Instagram, we know he's packing...but most importantly, the guy's decent and I like his politics.

Am I not allowed to want to bone a hot guy with brains if he becomes a Senator?  Is that illegal now?

Must I be forced to look at this for the rest of my life!? 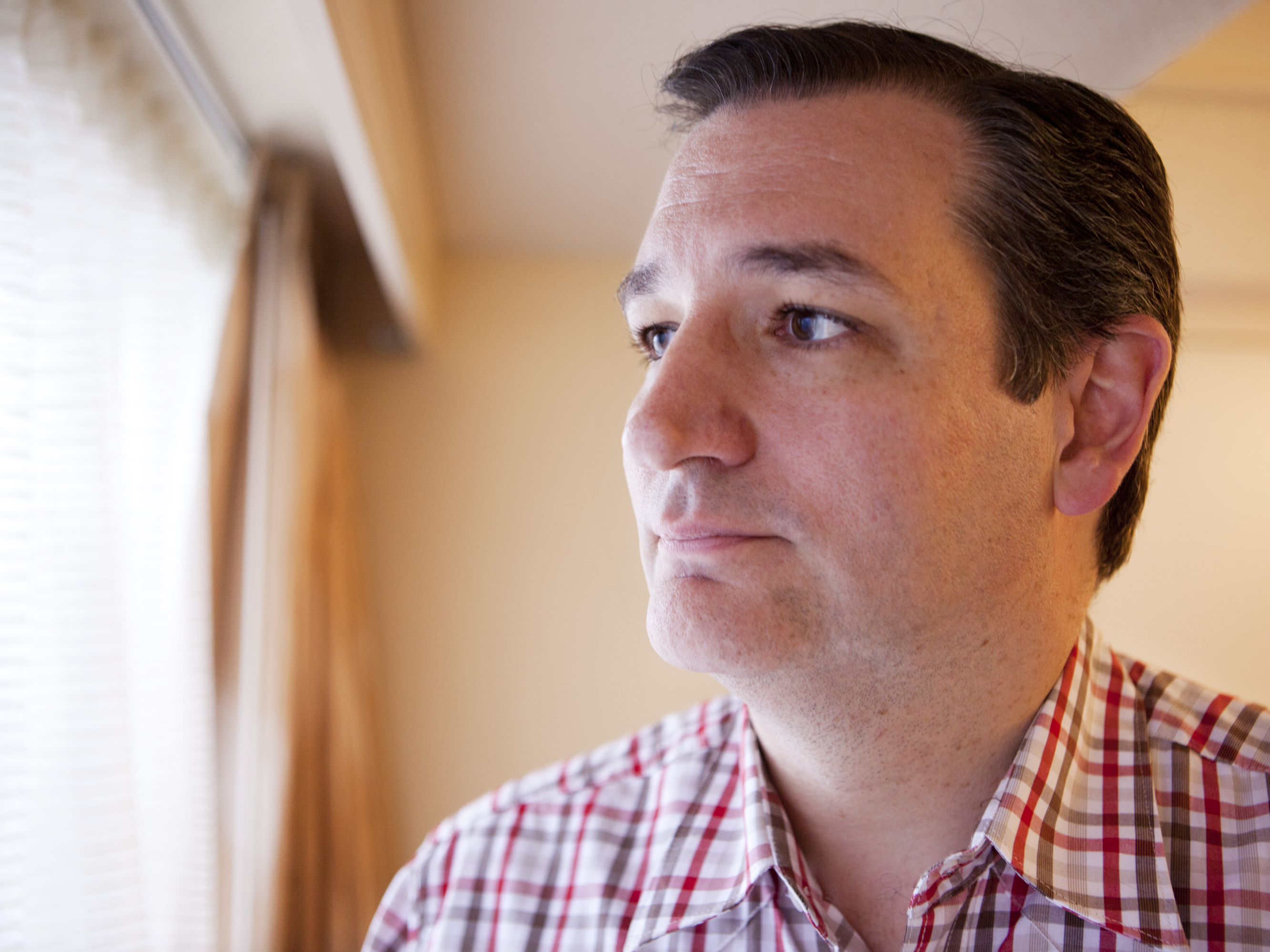 When I could be looking at this: 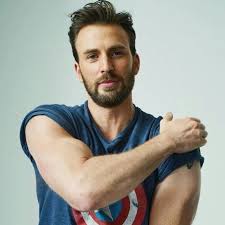 Look, I wouldn't vote for him if he was a monster like Ted Cruz.  But who told us we can't get nice, smart, and HOT-as-shit in one package?

Men told you that, that's who.