Ben Affleck what in fuck are you doing?

Though I often blog about celebrities and pop culture, I don't blog gossip stories because who really cares?  There are so many sites already set up for that, and I'm sure many of them have inside sources.  It's not my lane, and my interest is low unless the subject is "Nude pics of Jason Momoa leaked".

Although, that actually happened with Chris Evans, presenting me with a moral conundrum of to look or not to look.  Anyway, unless it involves a dick that happens to be on my fantasy fuck draft list, meh.

But this one.  Oh, this one is one for the ages peeps.

Let's recap to see how we arrived at this instantly viral moment.

Ben Affleck and Ana de Armas film  a movie together.   The film is called Deep Water, and of course,  like everything, has been Covid-delayed.   I will definitely be seeing it when it finally gets released.   Look, Ben's got his problems, but he is one talented mf'er and I love him onscreen.

Ben is not on my fantasy fuck draft list, I explain why here.  I want to be clear about that since I talk about celebrity men I want to fuck a lot.   I don't want there to be any confusion over what I like about Ben; it's his talent.  I don't think you can take your eyes off him onscreen, he's that good.  So I forgive him his foibles because of that, and also, they're none of my business.  They don't affect me, and it's not like he's, oh I don't know,  A FUCKING CANNIBAL or something.  (cough Armie Hammer)

Anyway, so they make this movie, and they fall in...something.  Lust, love, a stupor, whatever.

They then become THE celebrity couple of the pandemic: And hundreds more.   Benana as they came to be known, really lit up the pandemic because no other celebrity couples were stupid enough to show their face.  Certainly not their unmasked face.  Everybody was laying low not wanting to become the celebrity face of the asshole who won't quarantine and thinks the rules don't apply to them.

I wasn't mad.  They were cute and seemed so happy, and hey, at least someone was.

Then came the day this happened: 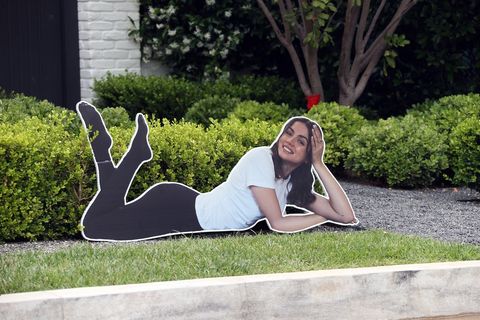 Supposedly, Ben's kids put this on his lawn as a "prank".  I never really got the prank, and it's not something I see myself doing to my father, but hey, celebrities are different than us right?   So, okay, sure, good prank.

Fast forwrd to this week, today actually, and People magazine breaks the news that Benana has split.  Yep.  Splitsville.  Sad right?  Or as Trump might have tweeted "SAD!".

You know, back when he had an active Twitter account. And I can't stop laughing about that.

And really, that's how my mind works.  I had already gotten over the big Benana split and moved onto making fun of Trump, a favorite pastime of mine, when this happened: 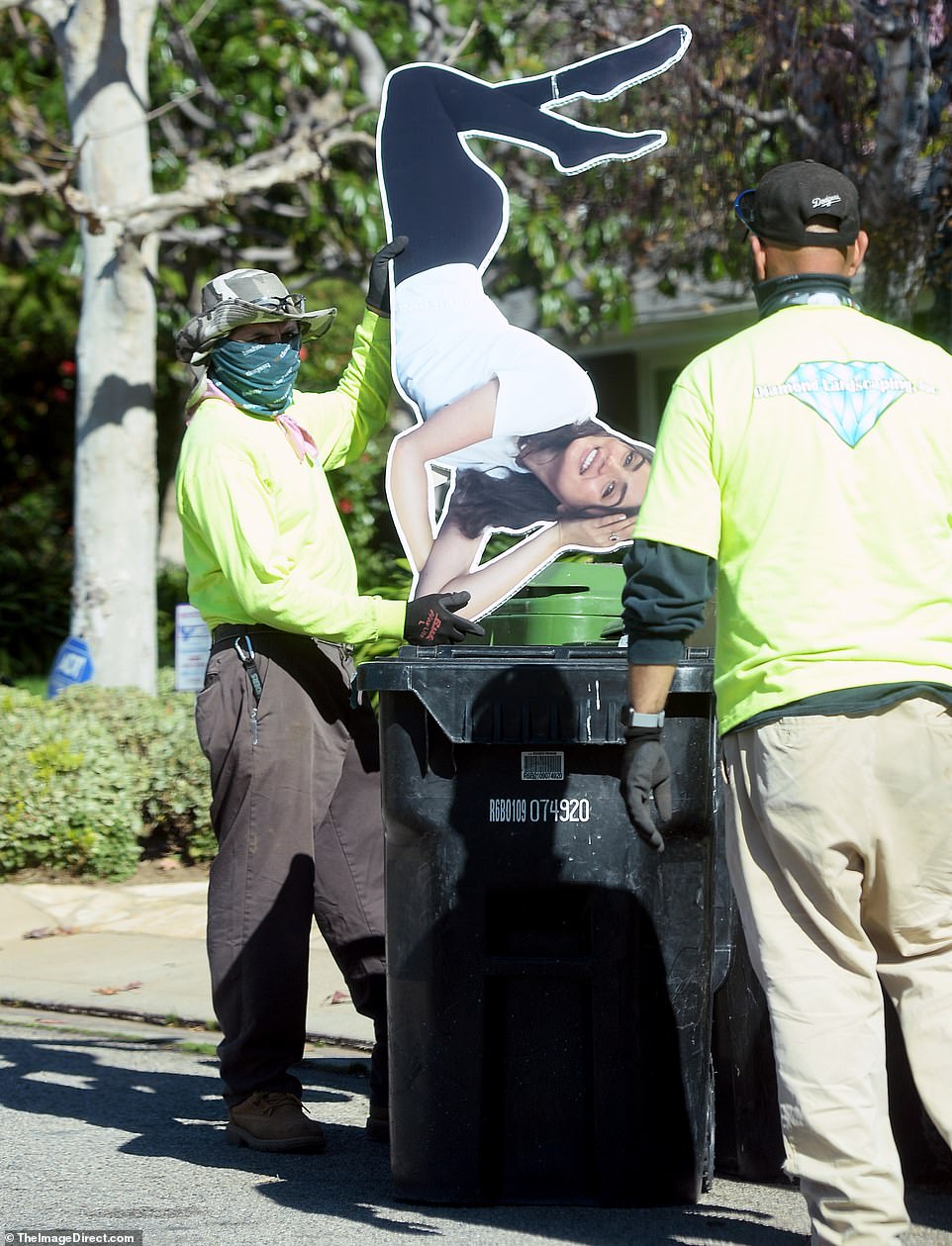 Ben Affleck has workers throw his life-sized carboard cutout of his ex-girlriend into his garbage.

And it's so big that one worker has to call over another to help him.  To help him ram the cardboard cutout of Ben Affleck's ex girlfriend into Ben Affleck's garbage can in front of photographers who are taking pictures of this.

And then...it gets worse: 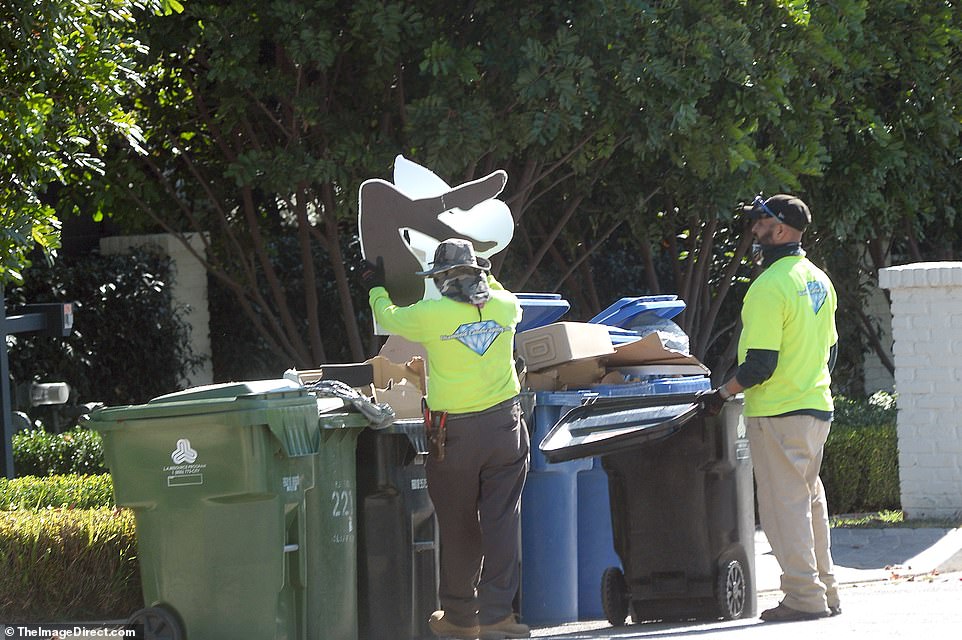 Because they struggle so much that they end up breaking the cardboard cutout of Ben Affleck's ex girlfriend into two, in front of camera people, and then shove both pieces into his garbage.

And a billion internet memes are born in that very moment.  Born and will never die for the rest of his life.

So, I ask again: Ben Affleck what in fuck are you doing?

My fascination with just how bad most celebrity PR reps and agencies are goes back a way.  I've even written about it before on this blog, here.

But this one takes the cake.  This dude cannot be left to his own devices during any kind of upset without becoming a viral meme.

Ben Affleck's publicist whoever you are, call your client now.  And Ben, you need a new publicist dude.

This would not happen on my watch.

"NO Ben, you cannot hire men to break a huge cardboard cutout of your young and beautiful ex into pieces and shove her into a trash can while paparazzi photograph the event."

Because Ben?  That would be bad.  That would be very, very bad Ben.  It just does not have that certain Je Ne Sais Quoi we Americans look for in our movie stars.

"Yes Ben, you'd still be better than the cannibal dude, but ixnay on the cardboarday anyway."