Okay guys, I simply could NOT be more disturbed by this Alex Jones announcement.

"My superpower's being honest.  I'll eat your ass.  I will."

Thanks Alex, but I'll pass!

I swear to God these guys are always the first to crack.  How'd you like to be his neighbor though?   He's openly fantasizing about slicing, dicing, and then barbecuing you.   And then he promises to eat your ass.  I wouldn't blame you for being confused.  Like wait, is he going to go all cannibal on me, or is he coming over to perform some unrequested anilingus?

You know who's needed here?  Rand Paul's neighbor.  The one who BEAT his ass.  Notice, he did not EAT his ass.

Here's   the background on that.

That's an ass-beating, not an ass-eating.  So, now I'm going back over this whole mystery.  Because apparently the DC media were mystified why some "slight dude" (that makes it funnier) beat the shit out of Rand Paul.   I was like, well Rand Paul's a total dick.  I mean, he's even got resting dickface.  He's not hiding it!

Formal disclaimer that I do not condone violence.  But you know, we live in a violent world as our President says when he growls "beat them up, I'll pay your legal fees!" at his rallies.   I go with the flow, you know?  After all, I am nothing if not on-trend.

Anyway, I digress.  What the fuck DID happen that made Rand Paul's "slight neighbor" put him in the hospital?  You know, one thing about these righty loons, they don't happen solo.  Like, their mental shit spreads among them.  This makes me wonder...did Rand Paul threaten to eat his slight neighbor's ass!?

I think it could be.  It's possible.  It's possible this whole right wing ass eating thing was huge before Alex Jones went public with it.  He's just the one for it too.  Think about it, if a bunch of right wingers started eating their neighbor's asses, who would breakdown in public first about it? 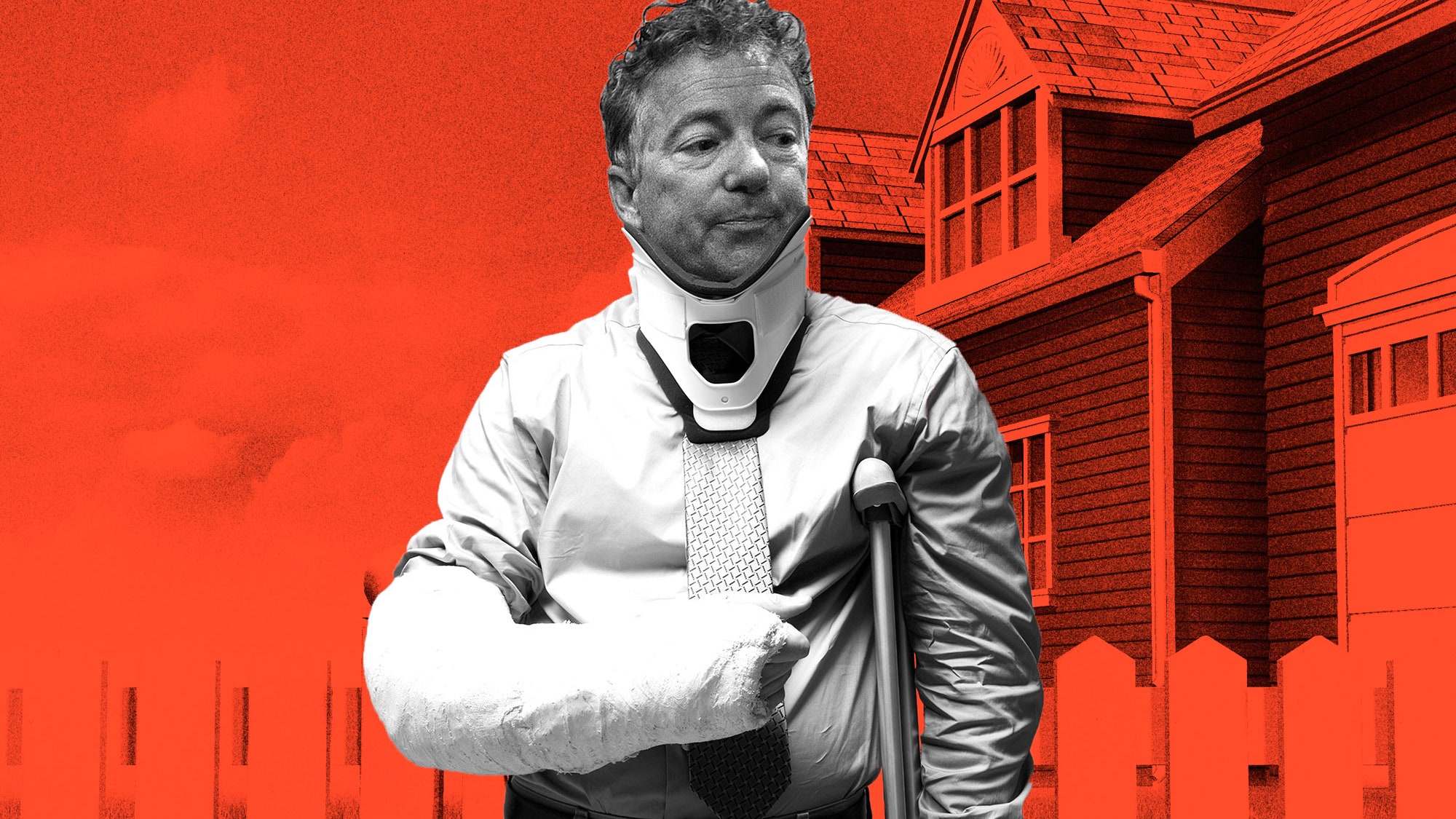 The more I think about it, the more I am sure this is what happened.  Currently, the ass-eater Rand Paul is actually explaining what is and what is not lynching to Senators Cory Booker and Kamala Harris.  Think about that for a minute.

Did you think about it?

We need a way of contacting this dude's neighbor because Rand Paul appears to be an ass-eater, AND a whitesplainer.  We need the real 411 on what went down and why.

But as Falwell Jr showed us by letting it get out that he likes to sit in the corner and watch the poolboy fuck his wife, these guys are Trumpian in their projections.  It's why they are always calling liberals godless heathens.  Covering up their own nasties.

Until one struck back and put Rand Paul in a body cast.  And Alex Jones broke down and confessed everything on the radio.